The Time is Now!

I’ve been drawn to the two-chapter book of Haggai recently and I have discovered some jewels! Not to go into much Sunday school lesson detail, but, out of the 12 minor prophets (they are only “minor” because of the length of their books), the first 9 spoke to Judah before they were taken captive and exiled to Babylon and the last 3 (Haggai, Zechariah, and Malachi) spoke to those who returned from the 70-year exile.

Upon returning from exile the people began to rebuild God’s temple. They started this project with such excitement and vigor. Two years into the project, the foundation for the temple had been laid and the altar was built. Then discouragement set in and the project came to a halt for about 14 years! Project Rebuild for God’s temple laid idle for 14 years and the people were still saying, it’s not time yet to rebuild. 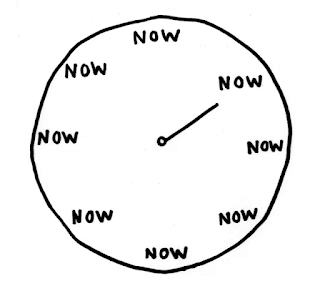 Their hesitation to rebuild was caused by discouragement and rooted in fear and comparison. When they reflected on the old temple, the temple that King Solomon had built, they thought the temple they would build would not compare to the luxury and grand nature of the old one. They let comparison immobilize them. Discouragement set in and they became complacent.

Haggai came and spoke a Word to them from the Lord saying how can you say it’s not time to rebuild My house when you all are in your own paneled houses? God says for this reason, I withhold things from you because you’ve neglected to put me first. God says ‘you eat but do not have enough, you drink but you are not filled with drink, you earn wages but they are put into a bag with holes’ (Haggai 1:6)!

God is saying to us that the time is now to rebuild. Many of you have started projects, businesses, ministries, and so forth but for some reason you let discouragement set in and you’ve stop building. You tell yourself:

-this just isn’t the right time

-I will wait until the pandemic is over

-I will wait until my money is right again

-I will wait until my children are out of the house

-I will wait until I get married

-I will wait until I get another degree

Sometimes when we know we are supposed to do something and we know God has given it to us, we can’t speak against the assignment itself so we revert to speaking against the ‘timing’ of it. If resources don’t flow the way we expect them to then we say it’s not God’s timing. If the task at hand is hard and difficult, we say it must not be God’s timing. Sometimes the believers can get so ‘spiritual’ and don’t get anything done because it’s not “God’s timing”.

What I do know is that if God gives it to you, He will give you the provision for it. He might not place it neatly in your lap wrapped in a bow but he might make you work for it. God may seek to develop some things in you that you gain while working for it like:

-Full dependence on Him

I believe God is saying to us today to put Him first and He will enable and empower us to do the rest!

The time is NOW to rebuild and move forward in the assignment God has given you! No more excuses. 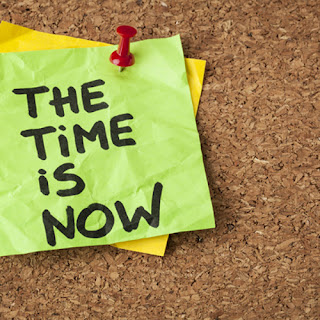