Have you ever caught yourself saying this? 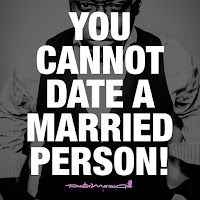 Separated is still married and last time I checked, you can date a married man! Don’t be fooled and don’t be made a fool of. When you encounter separated men you never know what can come of that situation so it’s best to fall back until the divorce is in black!

If you date online, you will see that the sites do allow separated men to sign-up and in their profile it will say ‘Legally Separated’ but real talk, that still means ‘Legally Married’. Many men and women choose to date while they are separated because maybe they feel the relationship is really over and they want to move on, however this can be a recipe for disaster for the single person!

Here are a few reasons single women should steer clear of this situation:
A very handsome man asked me out on a dinner date at this home (subject for another post) and at the time he was indeed legally separated. Although I was quite enamored by him, I had to decline because who was to say he wouldn’t want to reconcile with his wife at any given time. Fast forward and it appears that the divorce is final but quite naturally he’s not looking to get into anything too serious. He’s healing from the trauma of divorce and focused on his parental responsibilities, as he should be.

There are exceptions to every rule but in these cases I think it’s smart to play it safe. Guard your heart above all else, for it determines the course of your life (Proverbs 4:23 NLT).

**Disclaimer: I’m not judging or criticizing men and women who are separated and going through this traumatic experience. I pray for them as I can only imagine how difficult that is. This piece is a suggestion, part instruction and encouragement for my single ladies of the Girrrl Stop Nation! That’s my audience.**

I recently heard this term from my younger/older cousin. I call him that because he’s younger chronologically but very mature in many ways. When he said thottin’ & boppin’ you know I had to ask! The term THOT (which I loath) means ‘that ho over there’. The term boppin’ here suggest to be proud of what you’re doing almost as if to have no shame about it. I laughed at this as he explained to me what it was because honestly it just sounds funny. After giving it some thought, it is my message to my Christian sisters!

Stop thottin’ & boppin’ in the church! Thottin’ and boppin’ brings consequences and unnecessary stress. What do I mean? We all go through seasons of disobedience and as the old folks used to say, obedience is better than sacrifice. Maybe you’ve found yourself here: dating a man in the church, sleeping with him and still coming to sing on the choir on Sunday, and dare I say still got the nerve to take communion! Girrrl Stop! This should not be! You can’t be fornicating around and calling yourself saved on Sunday, it doesn’t work that way. And believe me you’re doing nothing but bringing stress to your life for years to come sometimes depending on who you dealing with.

Also, you should never ‘Bop’ in your mess! To mess up and sin is one thing but to walk in it like it’s okay is another and I see it happening all too often in the church. I need you to Bop and take 10 seats - Sit Down! Praying & Repenting is what you need to be doing, God is not pleased with this.

Top Reasons Not to Thot & Bop:

I thotted and bopped once with a handsome young man. This behavior went on way past its expiration date. The consequence is that I delayed some things that God had for me due to my disobedience. But I thank God that they are just delayed not denied!.

All I can say to you is don’t do it, it’s not worth it. God’s ways are right regardless of what the world tries to tell you. I’ve been celibate for over two years now and I feel freedom in Christ like never before! So no more thottin’ & boppin’ I’m Motivating & Elevating as God is taking me higher in Him!

In this world full of colloquialisms there seems to be a new one every week, I can hardly keep up. From the young generation to hip hop trendsetter to the LBGT community, they are constantly coming up a new saying. I mean, the name of my blog is proof of that - Girrrl Stop - ok I just love saying it, lol.  Let’s see, we have ‘Bye Felichia’, ‘Girl Bye’ and I’m sure by the time I’m finished writing this there will be another one - Bye Everything! One of my favorites is ‘Chile Boo’, made relevant to me by my good friend Stephanie. She kills all foolishness with two words - Chile Boo! 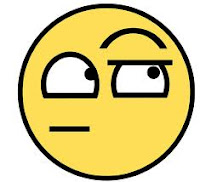 I received an IM from a male associate one night past what I consider to be a respectable hour. He just asked, “what you doing up so late, working on your blog?” True, I was up but not to be IM’ing yo! I ignored it and answered him the next day. I was civil but I had to make it clear to him in my IM, “let’s 86 the messages beyond midnight”. This clown wrote back, “Really? Chile Boo”.

GIRRRL! Please stop letting y'all male friends watch Housewives of Anywhere with you, it results in this foolishness (you need to stop watching it too but that’s for another day)! No grown man should be writing me talkin’ bout Chile Boo! Something went all through me. Thank God for the Holy Ghost because that IM would've taken another turn.

When I saw this on someone’s timeline I truly laughed out loud, it’s hella funny (sorry I’m still caught up in Straight Outta Compton). Although I really dislike terms like side chick, jump-off, etc., I'm going to use it on today. We all know the real reason Jesus died for us but in essence, this quote drives home the fact that Jesus wants you to have His best. God’s best is not being with someone else’s man ladies, this has to stop! Stop believing the myth of there’s not enough men because it’s not true. Stop believing the myth that all the good men are taken because they’re not!

Don’t settle for sloppy seconds. Don’t settle for used goods. This is what I mean: you wouldn’t wear another woman’s underwear after she took them off, right? Then why are you sleeping with her man? I pray my readers aren’t doing this but I’m just trying to make a point here! 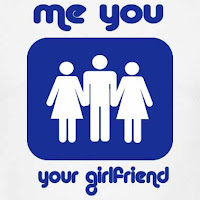 Don’t settle for disrespect of any kind. When you’re a side chick, you’re being disrespected, period (as well as the "main chick" I might add)! I don’t care what cockamamy story that ninja gives you, it’s disrespect with a capital D (no pun intended). Have respect for yourself so that you won’t accept anything less from others. Some reading this may say this should be self-explanatory or that it is elementary but clearly it isn’t from the foolishness I hear from Christian men and women.

Don’t settle for anything less than God’s best. God didn’t intend for you to be stressing out in relationships and trying to convert men. Newsflash, you can’t change ‘em and honestly if you feel you need to change him, he’s not for you. The new thing is ‘honesty’. Men don’t even lie about this stuff anymore, they come right out and tell you. It is then up to you to decide this is not something you're going to accept; you have to say to yourself, 'I’ll be just fine waiting until the right man comes along'.

Lastly, once you get out of this mess (and you will because the God we serve is one who delivers) for God’s sake, don’t go back. Yes people can change and yes situations can get better but those are usually the exceptions to the rule. Even if he decides to ‘choose you’ that simply means your former position is now open and it’s just a matter of time before another side chick enters; unless of course he’s too old and tired and broke down which in that case you don't want him anyway (I digress). My point is stop going back to dead situations - ladies, Jesus didn't shed his blood for this! (lol) IJS…