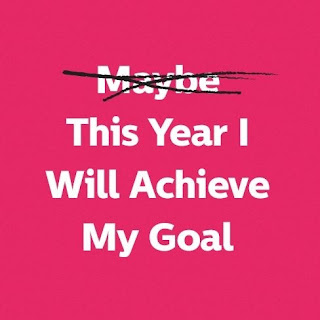 What have you been saying you were going to do and haven’t completed yet? For me I could start a list but I won’t bore you with that. I will say there are definitely some goals that I have put off for a few reasons:
Do any of these apply to you? Let’s look at Doubt.
Doubt Makes You Immobile
This is the ultimate immobilizer! It’s literally the opposite of faith; if faith is an action word (as we believe it to be) then doubt is a lack of action word! Doubt comes in when your belief is lagging behind. You have a book on the inside of you but you’re reluctant to write because you secretly think it will flop. You have wanted to lose 20 pounds forever but you can’t seem to get it done. Some might say it’s lack of discipline (there may be some truth here lol) but it may also be a deep seeded presence of doubt that perhaps you can’t do it.
Matthew 21: 18-22 talks about the fig tree that Jesus told to wither away. He was hungry and no fruit was on it so he spoke to it and said “Let no fruit grow on you ever again”. As the disciples marveled he told them that they could do that very thing also if they have faith and do not doubt. He told them if they didn’t doubt they could even say to a mountain ‘be removed and cast into the sea’ and it would be done. Jesus told them that ‘whatever things they asked in prayer, believing, they would receive’. Wow what powerful words he is speaking to us also! Have faith and don’t doubt! You can move mountains; you can achieve your goals!
We all struggle in this area in one way or another but I want to encourage you to leave doubt behind! Quote scripture, write notes to yourself and post them in your house, speak to yourself in the mirror or just fake it ‘til you make it! Whatever you have to do, do it! Doubt immobilizes you which prohibits you from reaching your goals.
Doubt Produces Excuses
I’m too busy. I’m too tired. My creative juices have dried up. Excuses, the kryptonite to goals are usually fueled by doubt. It’s the unproductive language that we speak to ourselves that prevent us from moving forward with million dollar ideas and our purpose. We all have daily life that can stand in the way but you have to push through!
Doubt Cancels Out Trust
Proverbs 3:5-6 tells us to trust in the Lord and lean not to our own understanding. Trust and doubt can’t co-exist. So when you feel doubt creeping in, replace it with trust. Yes, this is easier said than done but I know that if we trust more than we doubt, we’ll see some different results.