God provides, so why do I worry about my life
When you come to my rescue a thousand times
Every other voice it is a lie
God provides

He’ll come through
When the clouds of doubt rain down on you
And test everything you thought you knew
Now you finally see what God can do, for you

God provides
It’s hard to say when there’s no food to eat
Or what you see feels all that life will be
And will this be another year of misery, for me
But by faith, can’t survive on just things I see
And my feelings can’t control my destiny
See God I only want what you believe, for me

Howard University Homecoming 2017 was epic but for different reasons: I saw God’s provision. This is a bit of a personal post and I pray people are okay with me naming names, it’s necessary because when God reveals himself as provider, you have to share that and encourage others. This will require some transparency but that’s okay too.

The last year has been a rough one financially and I’ve been in a season of lack; you know the kind where there’s more month than money and it seems harder and harder to get by. For this reason I was not going to attend Howard Homecoming this year as I had a lot going on. This year happen to mark 150 years for the University and 20 years since I graduated so it was a big year. My friend Stephanie told me that it was a year I couldn’t miss and that we would figure it out and make it happen! Reluctantly, I agreed. 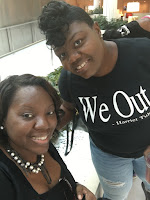 As homecoming approaches people begin to purchase tickets. When everyone was purchasing their tickets, I did not have the money to get my tickets. One event in particular was the official alumni party and by the time I was able to get the ticket, the event sold out. This would be the first year I wouldn’t be with my crew at the alumni event. The day before we were due to go to D.C., Stephanie suggested I call Tameka because she had a ticket to another party that was taking place the same night. I called her and asked if I could get that ticket from her, she said yes but beyond that, she said, “Don’t worry about paying for it, I’ll just print it out and have it for you tomorrow night”. I don’t think she realized what a blessing that was for me but God orchestrates everything!

So we leave for D.C. and I don’t really have much money at all. I worried a little but I heard God whisper: don’t worry about it, I got it. I met Keisha at her house and we drove to her job and caught a cab from her office to the hotel. When it came time to pay she said, “Don’t worry about it, I got it”. I don’t believe she knew what a blessing she was to me in that moment. I heard confirmation of God’s voice. 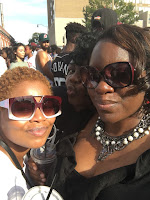 The Friday night party that I was attending I wasn’t going to be alone because my friend Erin was going to that one instead of the alumni party. So God even worked that out! Meanwhile, a new friend (of two years), Ruben informs me that he’s flying into D.C. for one night and was going to go to this same event. He and his cousin came to pick me up from my hotel and we went to the party together (I met Erin there) and had a great time. His presence was indeed a blessing as it lifted my spirits in ways he didn’t even know. 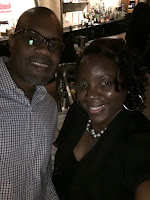 Day 2 of homecoming Stephanie made sure we ate and that we were good. Another new friend, Leonard, came through and met us on the yard. I was extremely thirsty (maybe even a bit dehydrated) and I asked him if he could get me a water. He came back with this larger than life lemonade, lol! It made my day and I was grateful. He was a blessing to me and didn’t even realize it. That evening, something went awry and I was not feeling well, Stephanie, Keisha, and Heather were all there to make sure I was okay. It was a blessing to have some people around. 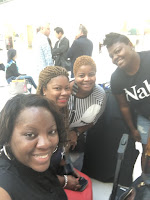 My point in all of this is: God Provides. One of the things about being in a season of lack is that you begin to appreciate the small things. You are humbled in a way that makes you thankful in ways you may have taken for granted in the past. When you’re in the valley know that God is still there. Even when it feels like He’s no where around, He’s there. He’s there developing some things in you that’s needed for where He’s about to take you. I actually had to stop writing for a few minutes and give God a praise right there because of the development, the pruning, the molding, and the crafting of a new character. God says where I’m about to take you, I need some aspects of your character developed in a new, mature way so that you can handle the favor that I’m about to place on your life. This favor will be for my glory and for the uplifting of my kingdom.

So to all of my Howard family I thank you!! Whether you realized it or not, God used you to reveal himself even more as Jehovah Jireh! I pray now for each one of you that God restores everything unto you 100-fold that you have poured out this past weekend, knowingly and unknowingly. And I pray for all of you and for all of the Girrrl Stop Nation that God showers your life  with exponential favor and blessings! I know that God is able to do exceeding abundantly and that is my prayer today that He do exceeding abundantly above what you can ask or think according to the power that is already working in each of you. In Jesus name, Amen!