Daughter of a Slain “G” - A Dad Remembered

May 30, 2016
There are many memorable moments in life or milestones that cause us to celebrate, laugh and be merry. Conversely, there are times that cause us to mourn, cry and grieve. Then there are those moments, those defining moments, that are so gut wrenching that they bring us to our knees, altering our very existence as we know it. Those moments are the ones that develop character but beyond that, change us to our core almost to the point that we become unrecognizable to ourselves. 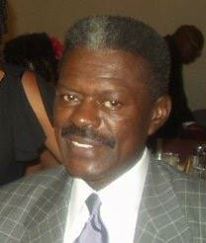 That rare defining moment for me was April 15, 2009 when I received a phone call from my Mom informing me that my Dad, Harold L. Able Sr., was gone. Somewhere deep within myself still lies a childish innocence that refuses to face those adult things in life head-on. So when my Mom told me that my Dad was gone my first thought was ‘gone where?’. Then just like that, I blinked and I became an adult again and into full awareness that my father, the strong one, the invincible one was gone; really gone.

In a matter of seconds I wrapped my head around the concept of ‘gone’ until the wrecking ball was thrust directly into my gut causing me to lose breath for what seemed like an eternity but was only seconds. In my confusion I managed to ask, “What happened?” The three words that followed were three words you can never be prepared for:

I lost all feeling in my body and in all one very slow motion, my arm dropped lifeless causing my cell phone to fall to floor. I stood motionless, numb, and for a minute or so: dead.

My heart stopped beating in that moment and as I would soon discover, it took years to restore it back to a false sense of normalcy. The reality is things will never be like they were so the goal, I was told, is to create a new normal where you can exist. So I did. I existed. Neglecting to live because a piece of me died on April 15, 2009. Only I didn’t hold a viewing for that dead part of me or have a funeral, burial or repast. I left her open, wounded and exposed to the elements until she began to decompose physically leaving only her spirit lingering in limbo with nowhere to go. She would manifest herself on occasion in the form of anger. Sometimes she would show up bruised and hurt. After time went on however, she began to manifest as bitterness; sweet bitterness, sometimes happy and sometimes sad. This may be the greatest oxymoron known to someone who has ever grieved. It is a very low place.

That low place existed for me because on April 13, 2009, someone decided to do the unthinkable, the unimaginable, and the inconceivable: murdering my father, my rock, my personality twin, my Dad. As I’m penning this piece on this blistery, cold day of what would have been his 70th birthday, April 5th, I’m reminded of how cold it was on April 13th and 14th of 2009. I remember walking to my office near the Metro Center train station in Washington, DC complaining about how it was too cold for April. My Dad was murdered in Baltimore, MD on April 13, 2009 but his body was not found until April 15, 2009, a whole two days later. After some years of reflection I recognized that even in the midst of tragedy, God was still right there. It was the cold, blistery air that preserved my father’s body during those two days so that we could have an open casket funeral. 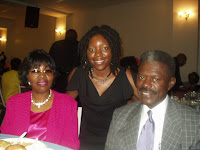 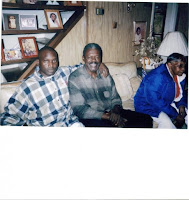 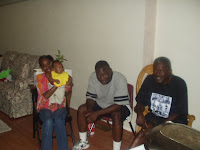 No matter what happens in our lives, God is still in control. I’m thankful that God has resurrected that piece of me that died that day. Through his loving kindness and tender mercy he has allowed anger to be replaced with love, hurt to be replaced with wholeness, and caused sweet bitterness to evaporate leaving only the sweetness of His love behind. This was a journey ordained for me to take and by the grace of God I’m still walking.

Gun violence brings immense hurt and pain to the families of the victims. Its grip is so tight that many never fully recover. In fact, I haven’t fully recovered but rather with Christ I am covered. Gun violence on the streets of Baltimore must end. It erodes the very fabric of our community to a point where people begin to lose hope. Like my Dad’s murder, many of the homicides in Baltimore go unsolved and the number of homicides continue to pile up. Although it is easier said than done we, as a community, can not lose hope.

I personally will never lose hope that justice will be served. I pray for it daily. I’m the daughter of a slain “G” and no, the “G” is not for gangster but it is for Giver because that’s what my Dad was at his core, a giver. He would help anybody and my guess is at some point in time, he also helped the very person who took his life. This mistreatment of people and disregard for human life in general has to stop, the violence must end. 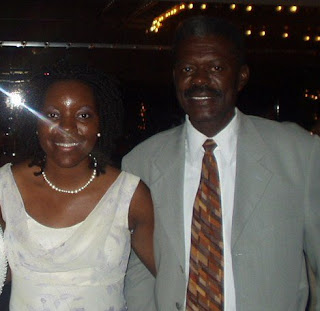 Remember those persons on today who have impacted your life in a positive way!