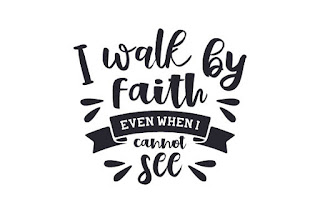 So I’ve been watching the Kanye West documentary and the first two episodes (Vision & Purpose respectively) are phenomenal! Now, we all know Mr. West has some issues today, mainly as a result of losing his Mom (in my opinion), but when you see the beginning of his journey leading up to the release of his debut CD ‘High School Dropout’ it really provides some nuggets that we all can apply to our own personal journey.

Don’t Let Others Redefine the Vision God Gave You.

Kanye started out in the industry as a producer but he always knew he was a rapper also. Damon Dash and Rocafella Records only viewed him as a producer and tried to just keep him in that box. Through many closed doors Kanye kept pushing because he knew the vision he had for himself and what God gave him.

Likewise, you know what God told you and you know the vision God gave to you, so, it is a must that you walk in it. No matter what the naysayers say, or the box people will try to put you in (i.e. small boxes, boxes of your past, etc.) you have to move the way that God told you to move. Everybody is not going to see your vision and that’s okay, but, you have to remain clear on it and stand firm in it.

When You Move in Purpose, God Dispenses His Favor!

Doors closed and opportunities seemed to disappear around Kanye but he continued to move in his purpose. As he did that, God began to dispense His favor! Rocafella closed the studio off to Kanye to record so he borrowed studio time from other artists, Jamie Foxx opened up his home studio, and even a connect he had at MTV let him come in after business hours and use their equipment.

When you move full speed ahead in your purpose God will dispense His favor and open doors no man can shut! God is always right there even when circumstances look grim, God never leaves or forsakes us. Whenever God tells you to do something or move in a particular direction, He will always send provision. God will fund His vision. It may not be in the way you envisioned it to be but God rarely does what we think He will do; He specializes in the supernatural!

You MUST be a Faith Walker!

The very fact that this documentary exists is evidence of a true faith walk. Kanye had his friend film his journey long before we even knew his name. This is faith in its purest sense! He left Chicago and came to New York to pursue his dream. Simultaneously his friend who filmed much of the documentary I have watched so far, up and left his career as a comedian to follow Kanye and document this journey - a faith walk! As a result, it opened many doors and film opportunities for him and a business partner.

You must walk by faith and not by sight. If you strictly go by what you see, you will never realize your full potential! What you see may indicate that the finances are not there but your faith tells you that ‘with God all things are possible’. Your sight may tell you that you don’t have enough experience to start that business but your faith tells you that ‘you can do all things through Christ who strengthens you’. This doesn’t cancel out training and development for whatever it is you may want to do but it does say that you can put your full confidence in Christ to lead you through to the next level!

As an extra note, his first single from his debut CD was “Through the Wire” which sampled Chaka Khan’s “Through the Fire”. Things were looking up for his career and then he was in a near fatal car accident that broke his jaw and and caused his mouth to be wired shut. Instead of getting down and giving up, he kept pushing, determined to continue his rapping career: Through the Wire!

Remember, you can learn things from anyone, even Yeezy! Don’t let judgment block you from receiving the nugget you need to propel you into your next!