I must admit, this is really rough season in my life. It’s odd when you know you’re not exempt from having a rough season so you somewhat take it in stride even though it kills you inside. The roughness hits in a few areas, financial, dealing with singleness and just being at a crossroads as far as my purpose is concerned. This blog was created to inspire, comfort and encourage and it is in this season that I’m in need of all three. 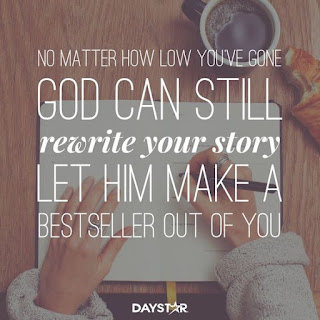 It’s difficult to write during a time when you’re in the valley. I feel like David did in 1 Samuel 30, distressed, saddened and discouraged. The Bible says in 1 Samuel 30:6 that David was greatly distressed but he encouraged himself in the Lord his God. The title of this blog is Girrrl Stop and in most cases this is my mantra. There are some instances where you can’t stop; you can’t help but be distressed. It’s in these distressful times that the encouragement can’t stop, you have to delve into what the Word of God says to find that inspiration, comfort and encouragement that your soul seeks. It is in this time that you have to take time and re-discover who you are at your core in order to rebuild.

The enemy crept in and said to me, how do you think you’re supposed to encourage others when your life is raggedy? Why should someone listen to you? The Lord placed in my spirit Philippians 3:13-14 which says, “Brethen, I count not myself to have apprehended: but this one thing I do, forgetting those things which are behind, and reaching forth unto those things which are before, I press toward the mark for the prize of the high calling of God in Christ Jesus”. Before I expound, please know that the enemy will come and try to talk to you, even hold a conversation with you but you have to always hear God’s voice over the enemy. Let God’s Word do the work!

It is believed that Paul was in prison when he wrote this letter to the church of Phillippi. He was locked up and not in the best of circumstances. By many people’s standards or outlook, Paul was in a low place. So now here is Paul, a man who taught the Word of God, preached it and encouraged the new believers at that time showing vulnerability to the people who followed him. Verse 12 of this same chapter states, “Not as though I had already attained, either were already perfect: but I follow after, if that I may apprehend that for which I also I am apprehended for Christ Jesus”. Paul simply tells the people hey, I’m preaching this thing to you but know I have in no way attained it myself. I’m pressing just like you are and as Christ gives it to me, I’m being obedient and giving it to you.

I’m following Paul’s lead today and being vulnerable, although I teach it, I have not attained it. God can still use the ones that have not attained. I count not myself to have apprehended, I do not have it all together and I’m working tirelessly to keep it together on a daily basis. The usual focus of this passage of scripture is verse 14, that’s the part that usually gets people shouting - pressing toward the mark. But there is so much value in the portion that says, ‘I count not myself to have apprehended’. There is value in being vulnerable and admitting that I indeed, do not have things figured out as I appear to and even more importantly as I many times lead people to believe.

As I begin to pray, God let me know that even though I’m working on you, there is still an opportunity for you to add value to the lives of others. There are people out there who feel like they don’t have it all together too and that feeling causes them to feel worthless. God says I can still use you in the the midst of your storm, I can still use you for my glory even in your low place. Then I heard God say that there is beauty in the ‘now’ no matter what the ‘now’ looks like. There is value in being present in today. 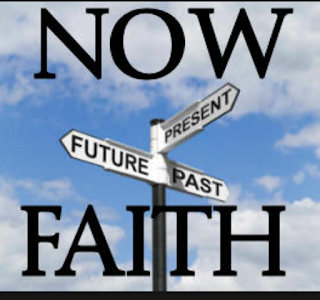 So now I am here. I am present and pressing at the same time. Although I don’t have it all together, I am pressing toward my goals, pressing toward changing my situation and pressing toward being better and doing better. This is the day that the Lord has made, I will rejoice and be glad in it! I hope that this encourages you during your storm, be it financial, emotional, mental, or spiritual. I hope that at the very least you can see that you’re not alone.

In the next post I’ll be talking about how to appreciate the low place and how to learn and grow while there. In another post I’ll touch on coming to grips with the events that led you there. It ain’t always the devil who did it, if you spewing that out of your mouth - Girrrl Stop! More often than not it’s our behaviors and decisions that lead us into certain places but even with that God is in complete control and will use those experiences to shape and mold us.