Girrrl! Don't Be A Shaky Investment!

In my recent post, ‘This ain’t the season for SHAKY investments’ I talked to you all about staying away from these shaky, unstable relationships. Today I wanted to go a step further and encourage the Girrrl Stop Nation: Don’t Be a shaky investment!

Over the past couple of months I’ve been housesitting during the day for a friend as they are having renovations done to their house. I am blessed to be able to work remotely so this arrangement helped out as they have to report to the office daily. They are having just about everything re-done in the house and it is very interesting to see portions of the house gutted out and then see the contractors start from scratch building from the foundation up. The most interesting to me are the electricians. They follow the blueprint put in place by the designer and they set the electrical circuits exactly to the specified dimensions. They know exactly where to put the outlets for the microwave, the dishwasher, refrigerator, etc. They cut out holes in the ceiling for the lighting and they do it exactly to specifications. If anything is off, that will throw the whole design off. In essence, if the foundation is faulty, it makes the end result shaky.

When thinking about the building of a physical house we can make some parallels to our spiritual houses. There’s a scripture found in Matthew 7:24-27 which reads: 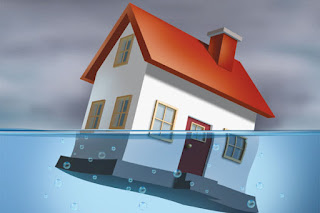 Are you a shaky investment? Let’s check out your house!

Shaky Investments focus on the frivolous; they are liabilities

Are you more concerned about having the latest fashions versus having your money in order? Do you endlessly try to impress others with material things instead of working on developing your character? If so, you are in shaky investment land. A woman of substance has her house in order. Her affairs are straight. This doesn’t mean she isn’t stylish but she’s not stylish to the extent that bills aren’t getting paid! It doesn’t mean that she doesn’t travel but she doesn’t overextend herself to do so. You want to be someone that a man can build with. In other words you want to be an asset, not a liability.

One of the things to note about the above scripture is that there are essentially two women (walk with me in my mind). Verses 24-25 is a woman who hears the sayings and does them. Verses 26-27 is a woman who hears the sayings and does not do them. What’s the common theme with both women? They both hear. So this isn’t a case where you have one woman who is in church versus one woman who is not, they are, parenthetically, both in church and both hearing the Word; yet one does them and the other does not. If you are not being obedient to God’s Word you are in shaky investment land. This doesn't mean you will be perfect because that’s not possible, it does mean that you strive to live a life of holiness and pray for the continual presence of the Holy Spirit because that’s the only way you’ll be able to combat those things not like Christ.

Shaky Investments have a faulty foundation

If your life isn’t built on the Rock which is Jesus Christ, your foundation is faulty. Jesus is our designer and he indeed knows his creations. The designer has supplied the blueprint for His design in that of His Holy Word. If you are following everything else except the blueprint, when life’s storms come, you will not be able to stand. So what kind of foundation do you have?

A woman who builds her life on a strong foundation doesn’t go fornicating around because she knows who she is and whose she is in Christ. She’s not shaky, she’s firm. (1 Corinthians 6:18)

A woman who builds her life on a strong foundation raises her children according to God’s Word, she doesn’t walk around talkin’ bout “not my child, they are just too precious to have done that”. No! She disciplines her children in love building character in them early and teaching them to respect authority in the home so they don’t have to learn the hard way in the streets. (Proverbs 13:24)

A woman who builds her life on a strong foundation, brings her tithes and offerings to the storehouse. She’s responsible with her money and knows that when she gives, it will be given back to her, pressed down, shaken together and running over. (Luke 6:38)

A woman who builds her life on a strong foundation has a strong prayer life. She knows that she must pray without ceasing. She fights her battles through prayer, she prays for her family, friends and the man that God sends in her life. She anxious for nothing but in everything by prayer and supplication, with thanksgiving, lets her requests be made known to God (Phil 4:6-7)

A woman who builds on a firm foundation allows God to gut out her house if needed and work on her from the inside out. She knows that God can heal her without scars so that she doesn’t look like what she’s been through. She learns from her mistakes and ministers to other women so that they don’t trip on the same road she has taken. She takes every opportunity to grow because her full confidence is in Christ. (Phil. 1:6)

Whoa! That’s a lot and yes we all have work to do. We are all works in progress but the important thing is to strive to do and BE your best. Trust me I stepped on my own toes writing this but just like I don’t want us investing in shaky investments, I also don’t want us to be one. As the old adage goes, you attract what you are.

Be great! Be fearless! Be unstoppable! Build your life on a firm foundation so that you will be a firm, solid investment that any man would be glad to build with!