December 30, 2015
Have you ever seen the movie series Taken, starring Liam Neeson? It’s a story about two 18-year old girls, Kim and Amanda, who travel to Paris, France only to end up being abducted and ‘taken’ into a human trafficking ring. Neeson plays Bryan Mills, a retired CIA agent with special sniper-like skills; he’s Kim’s father in the movie. Kim (played by Maggie Grace) was a ‘good girl’ in the movie, still a virgin unlike her friend. She was excited about her trip to Paris although her father was completely opposed to it. While on the phone with her Dad, she saw her friend get taken from another room in the house and her Dad let her know that she would inevitably be next. So Bryan Mills goes to Paris and does some heavy investigative work and eventually finds his daughter to bring her back home.  So let’s take a look at this movie a little further and see how we can extract some biblical truths from it for the New Year!
The Father knows what we can handle.
Kim’s father was opposed to her taking a trip to Paris with her friend because he felt she was not mature enough to handle it. How many times do we ignore the instruction of God? We think that we have everything figured out only to discover that we’ve gotten ourselves into a mess. God knows what we’re ready to handle and sometimes he tells us NO for our own good. Why do we continually choose to not trust him and go our own way? God’s Word provides instructions for every area of our lives, just read it and follow it. Trust me! I’ve learned this lesson the hard way so I know first-hand that it pays to trust God. In the movie, she went against what her father said and ended up being taken into human trafficking. Not following God’s way leads to disaster so trust him because he knows what we can handle. 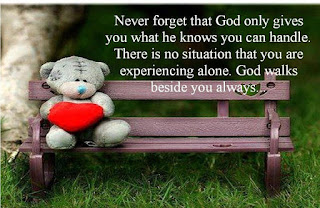 The Father will search for you.
Once Kim and her friend was taken her father immediately travelled to Paris to find her. No matter where you are in your Christian walk or even how far you may have strayed, God will search for you and find you. He will be relentless in his search for you, your heart, your mind and your soul. He is indeed the Good Shepherd who searches for his lost sheep. John 10:11 states, “I am the good shepherd. The good shepherd lays down his life for the sheep”. Bryan Mills didn’t stop until he found his daughter and the Lord will not stop until he finds you.
The Father wants you back.
Towards the end of the movie when Kim was sold to the highest bidder her father was able to find her and make it onto the boat where she was being held. When the guards discovered that they had an intruder, the man who purchased Kim asked what was going on and the head guard replied, “Nothing, the girl’s father wants her back”. God does want you back! No matter what happened in 2015 or past years, God is speaking restoration. He wants to do a new thing! Believe it or not, God misses you. You used to depend on Him wholeheartedly, you used to love Him without distraction and now He’s calling out to you because he loves you and wants you back! Know that there will be some correction involved because he loves you but even through the correction, he wants you back in right relationship with Him.
Being a child of God can preserve you in not so good times.
This is an extra point but one that stuck with me. I mentioned earlier in this post that Kim was a virgin and Amanda was not. This is significant because in the human trafficking business, virgins are high commodities. Non-virgins are essentially drugged right away and then sent right to work. Bryan Mills did find Amanda also but by the time he found her, she was already dead. His daughter was preserved because of her virginity which gave him more time to find her. The point here is this, being a child of God and in the family of Christ can preserve you in times when you may not be at your best. Staying in prayer and letting the Holy Spirit work within you can preserve you in tough times, trying times. It pays to stay connected to Christ.
In the coming New Year I encourage you to go in a new direction. You’ve tried everything else now try God’s way. Start this New Year the right way and watch God lead and guide you through 2016. Know that He knows what’s best for you but if you happen to get off track, he will search for you because he does want you back.


To the Girrrl Stop Nation, best wishes for a productive, purpose-filled 2016!